Conversion of ADRs- and GDRs

ADRs and GDRs of Russian companies must be converted into shares as quickly as possible. But this is not easy. We support you during this process.
Your Contact
Dr. Magali Kolleck-Feser
+49 331 - 2005720
adr@goldenstein-kanzlei.de
Get advice now
ADR- and GDR-conversion

Because of the present sanctions against Russian companies there is a high degree of uncertainty concerning private and institutional investments in so-called ADRs and GDRs. Anyone who does not exchange their depositary receipts for Russian companies into shares soon will be faced, in the worst-case scenario, with the total loss of their whole investment. But such an exchange currently presents enormous challenges. We of the international business law firm Goldenstein have therefore developed solutions for the existing problems and successfully support investors with the conversion of their DRs for Russian companies.

Rapid Action is called for

The business law firm Goldenstein examine whether you can and should exchange your ADRs and GDRs. Our initial counselling session is free of charge.

No Transfer of Ownership

We support you in the conversion of your depositary receipts. You remain the owner of your investments and do not have to transfer these either to us or to our partners.

Would you like to check whether your depository receipts can also be converted into shares? Simply fill out our form. It only takes a few minutes.
2.

We review your case

As soon as we receive your information, we will examine your case at no cost to yourself and advise you with the best options for the conversion of your ADRs.
3.

Conversion of your ADRs

We will support you, together with our partners, in the conversion of your depositary receipts. We shall thereby minimise your expenditure as far as possible.
4.

Your ADRs have been converted into shares and your investment is secure.
Your Contact
Dr. Magali Kolleck-Feser
+49 331 - 2005720
m.kolleck-feser@goldenstein-kanzlei.de
Get advice now

This is how investing in Russian ADRs and GDRs works

Russian shares may only be traded on the Moscow Stock Exchange. For this, however, investors require a depositary account in Russia. In order that investors from all over the world may nonetheless be able to invest in the Russian stock market via their domestic banks and brokers, many Russian companies launched so-called Depositary Receipt Programs in the past few years. Depositary receipts are receipts for shares that may be traded on international stock exchanges without any significant regulatory effort or expense. 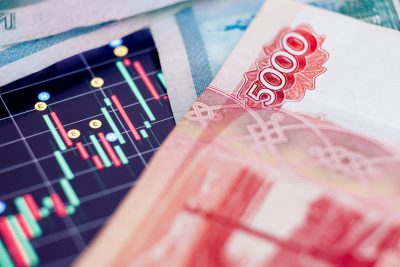 Until recently, such investments posed no challenges to investors. However, since the Russian war against the Ukraine and the western sanctions connected therewith, uncertainty prevails. This is because many Depositary Receipt Programs of major Russian companies such as Gazprom or Lukoil had to be stopped due to a new Russian law. DRs that have been issued must therefore be exchanged for shares within just a few months. This is currently not so simple, however.

Normally, the conversion of ADRs or GDRs to shares works as follows: the investor informs their broker or their bank that they wish to exchange their depositary receipts. This bank then approaches the European custodian of depositary receipts. This, in turn, passes this information on to the Russian custodian – the National Settlement Depositary (NSD). There, the deposited shares are then transferred to the Russian depositary account of the investor, which must be opened beforehand.

Until recently, the conversion of their depositary receipts was not attractive for international investors as the opening of a Russian depositary account involves a lot of bureaucratic effort for Europeans. The ending of many Depositary Receipt Programs now renders such an exchange indispensable, however. Due to the sanctions against Russian companies, this process is now also much more complicated than before.

These Russian Companies are ending their ADR and GDR Programs

In April 2022 Russia passed a law that is forcing many Russian companies to cease trading in depositary receipts within the coming months. The Russian legislator thus wishes to achieve that Russian companies, in the future, are tradable only in Russia.

It is indeed the case that Russian companies still had the option of applying for the continuation of their Depositary Receipt Programs. But many companies did not exercise this option. So far it is only known that shares in the following companies will also be globally tradable in the future: Polyus, Tatneft, Severstal, Surgutneftegas, PhosAgrom, Sistema, Novatek, Norilsk Nickel. In addition, Rosneft, Rostelecom and Magnitogorsk have also applied for the continuation of their DR programs. However, no final decision has yet been taken regarding these applications. 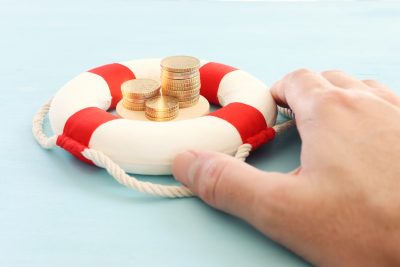 Conversely, this also means that major companies such as Gazprom, Magnit, Lukoil, Mobile TeleSystems, RusHydro, the LSR Group and the Federal Grid Company of Unified Energy System (FGC UES) will, soon already, only be tradable on the Moscow Stock Exchange. Investors affected must therefore convert their depositary receipts to shares as quickly as possible. Anyone who fails to do so by a certain deadline risks the total loss of their entire investment.

Specifically, the DR Programs of Russian companies will end between August 2022 and August 2023. If investors fail to exchange their depositary receipts until then, their credit institution in question will attempt to sell the depositary receipts. Whether this will be possible, and at what price, cannot currently be predicted, however.

Chart 1: The deadlines for the conversion of depositary receipts of selected Russian companies

Check ADR/GDR exchange
Do you currently own Russian depository receipts? Then check now in a few minutes whether you can currently convert them into shares.
Get advice now

European investors must hurry to convert their Russian Depositary Receipts to shares, as the conversion of Russian DRs has at this time been simplified for a few weeks. Thereafter it is unclear whether western investors will ever again have the possibility of rescuing their investments.

The European clearance system for depositary receipts has namely refused until recently to initiate the conversion of Russian Depositary Receipts. This is because its Russian counterpart – the National Settlement Depositary – has recently had sanctions imposed upon it by the European Union.

In the meantime, however, there is two pieces of good news for European investors: The Russian National Settlement Depository initially announced that it would not charge any fees for converting Russian depositary receipts until July 31, 2022 and has now extended this measure until October 15. This will again allow the European clearance system to cooperate with the Russian NSD until October 15. Until then, the NSD will no longer profit economically from this cooperation.

In addition, Russia has currently passed a law that will allow foreign investors to exchange their Russian Depositary Receipts for a period of 90 days without the assistance of their own bank or the clearance system. Private and institutional investors will profit to the same extent from this law at least until October 12th 2022. 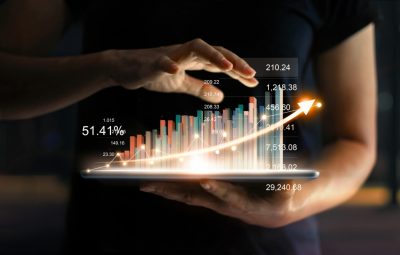 In fact, in the near future, this law could even turn out to be the only way for many investors to convert ADRs and GDRs into shares. The largest issuers of depositary receipts of Russian companies – e.g. Citibank, J.P. Morgan or BNY Mellon – see this law as a violation against current depository receipt agreements on the part of Russia and have therefore already threatened to block the exchange of ADRs and GDRs via the conventional route or have even started to do so in some cases.

Irrespective of current developments, European investors are currently faced with the problem that they must in any case open a securities account with a bank that is allowed to trade Russian shares. However, this is also difficult to do at the moment. However, we at the commercial law firm Goldenstein have also identified ways for European investors to make this possible. We are happy to support private and institutional investors in converting their depositary receipts.

This is how it works:

1.
Check, with the aid of our form, whether you can convert your ADRs or contact us directly by telephone on +49 331 200 57 20 or by e-mail to adr@goldenstein-kanzlei.de
2.
We will examine your case at no cost to yourself and advise you with the best options for the conversion of your ADRs
3.
We will support you, together with our partners, in the conversion of your depositary receipts. We shall thereby minimise your expenditure as far as possible.
4.
Your ADRs have been converted to shares and your investment is no longer threatened with a total loss
Get advice now